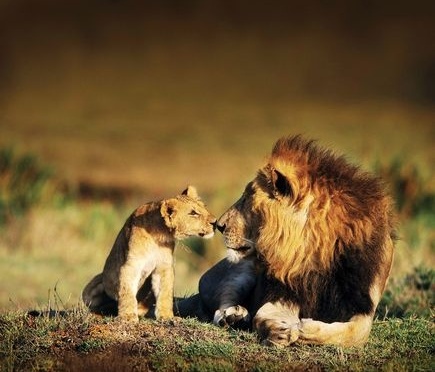 Blessed with water, wrapped in blankets of white

Filling our souls with joy

The pink of a girl or the blue of a boy

Wax dripping from the candle

That takes its place upon the mantle

Of homes that they light

With smiles that shine in their eyes bright

As school friends, they gather once more

Lined up with family in the pews pure

In the town of Loyd and Round Towers

Bless me father for I have sins so mild

The pranks and tantrums of being a child

Pray hear our words of penance with your benevolence

On the wonder of their flock of Belles

As fair as any page from the Book of Kells

The kind words of the Priest

Permission in lent for a treat

Ready now for the white dress and gloves

The sounds of the exhibition faded as I watched him slowly approach the Able Table stand. I had observed him over the past two days, his face lacked a smile and his body seemed to hold a tension within itself, displaying a certain awkwardness to the world in which he meandered. At exhibitions some people tend to slide up kind of cautiously to stands, not sure if they want to attract the attention of an overeager sales assistant before they establish for themselves some level of interest in the product or service on display.  Others don’t hesitate, ready to do battle of the buying or ripping apart variety. He rolled up to us with a determined look in his face, a no nonsense gait born of a presumably difficult life climbing to the higher echelons of managerial position. He avoided our feeble attempts at eye contact. His focus was on the Able Table alone. The low mumble from the motor of his wheelchair stopped. His head facing down, he positioned himself in the correct slot. His arms rested on the table, he looked up and a tear trailed down my face as his demeanour softened, his body relaxed and the most wonderful smile uncovered itself from his stoic lips.

“This is the table I have been looking for all my life” were his words as he took out his laptop and started the process of accessing the Able Table for its potential as his future work environment. I met Martin’s eye and our anticipating lungs recommenced drawing in air.

The adventure had started nearly a year before the Mobility Exhibition in the RDS. Martin Finucane had been at home one day recovering from a serious back injury of his own when his wife, Esther, strolled in and told him to go out the back and build her a table to help in work. Esther works as a care assistant in residential facility in Navan helping people in wheelchairs. Martin who had just come out of a stint in a wheelchair himself said “Of course honey” and that was the spark which ignited a revolution in the care of disabled persons. The next day he started the whole process of designing a table which could facilitate in a social inclusive manner the care of a number of people in wheelchairs at the same time. Eventually after much toil and effort he came up with a design which both him-self and Esther were happy with and so was born the Able Table.

Over the centuries different inventions and creations have had the potential to change the lives of the whole of the population of the earth and some have in the most fundamental of ways changed the lives of specific sectors of the human clan. The Able Table is one such invention, it revolutionises the care and well-being of people who suffer with disabilities. It allows for hand over hand care for up to four people all at once. This may not mean a whole lot to able bodied persons outside of a care or hospital environment but if you have spent years and perhaps decades been cared for on a one to one basis with no social interaction, well then the opportunity to finally have a meal around a table with others is a fundamental life enhancing revolution in the quality of your daily life.

The Able Table also improves the lives of the carers and nurses who have dedicated their lives to the care and well-being of others. They are the ones who cry when they see Mary’s head rise from her chest for the first time as her arms rest on the table. They are the ones who return the smile of Tom who after years of gloom finally laughs at the stories been told from the other end of the table by Pat, a man who up until the Able Table has held his stories inside of himself. These amazing carers are also the ones who can now join in the conversation around the table and whose work load is eased because of the ease and convenience of the table’s unique and patented design.

People in wheelchairs can never usually fully sit into a table, the depth of their chair imposes a void between themselves and the point of contact with the table-top and hence distances them from other people. Martin decided this was not acceptable, that everyone deserves the right to be included in society at the most basic of levels. Prior to our table dinner time was a lonely half hour for people in care homes, as they ate or were feed on a one to one basis on individual trays. But the Able table is now here to create a complete paradigm shift in the way people perceive those in wheel chairs. No more are they outside of the social circle, they are now in the heart of it.

The effect the table had on the man at the start of this article is replicated on a daily basis with people in care facilities where Martin and his Step Daughter Cariosa bring the most wonderful gift anyone can give another, the gift of companionship, breaking the cycle of isolation and bringing them more fully into the human family.

We are appearing on the Dragons Den on Sunday the fifth of June. The June bank holiday when hopefully the sun shines and the dragons will see what I saw the day Martin came into me with his business idea. As an accountant I hear people’s stories on a daily basis but with Martin Finucane I saw not only a product, wonderful enough to potentially change people’s lives for the better, but more importantly I saw in Martin himself a man with something special inside of himself, something which cries out to be encouraged to blossom into the reality of a mission to improve the world for those with disabilities.